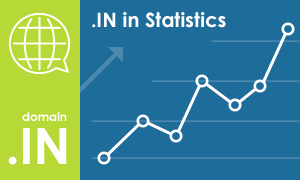 New statistical data for the .IN domain has been posted by the Registry of the Indian country code extension.

At the moment, there are 2,067,508 registered names within the .IN domain, according to the Registry. The Indian extension was released in 2004 and serves various sectors of the diverse Indian population of 1.25 billion. In order to accommodate various linguistically distinct areas, IDNs (Internationalised Domain Names) are also available under .IN in seven Indian languages.

Even though the Internet is not equally accessible across India and some areas are struggling economically, the rising number of registered domain names under .IN paints an optimistic picture of the .IN domain’s future. The development of both primary and secondary domain market in India looks promising and stirs interest among investors. Despite little popularity on the global market at the moment, the .IN extension holds a promise for the future and may become a valuable player.

Pricing and requirements for .IN domains, India: