Existing customer
New customer
Preregistration (active for non-trademark owners till General Availability)
A way to get a head start securing the new domain name at no cost and obligation. Expression of interest in a given domain and possible registration of name(s) in .ANSONS when registration becomes available.
Sunrise (approx duration 30-60 days)
A period of time at the launch of the .ANSONS domain before General Availability for the .ANSONS begins, allowing brand/trademark holders to register, or block related domain names. See our Managed Trademark Clearinghouse.
Landrush (approx duration 30 days)
The first launch phase for wide general distribution when anyone (mostly companies) can submit a request for a domain name within the .ANSONS. Registrations in a Landrush phase are typically NOT first-come, first-served. Requests for identical domain names are auctioned between the parties desiring an duplicate name.
General Availability (perpetual after Landrush)
Finally, .ANSONS domain names will be available to the general public, at regular retail prices on a first-come, first-served basis. Applicants may attempt to register formerly pre-registered domains under .ANSONS. When a domain is registered, it is formally reserved and registered in real time.

If you are not a brand holder, before General availability you can take part only in the first phase and pre-register your domain names of choice within .ANSONS. Our gTLD pre-registration module is available to you at no cost and without commitment to buy later on. We will bring you up to date on future developments concerning your preregistered domains, including pricing information and current regulations, once these have been released by the registry responsible for a given gTLD. Please be advised that pre-registration of .ANSONS is not a queue. Although we will try our best, we cannot give any kind of guarantee that pre-registration will eventually result in successful registration of your chosen domain name within the .ANSONS extension. If you wish to obtain rights to a specific domain name, please select our Managed Trademark Clearinghouse which offers trademark holders a simple yet efficient way to monitor and safeguard their brands. It is also the only way by which trademark holders are able to participate in designated Sunrise periods. For non-trademark owners Pre-registration of .ANSONS domains will be available until General availability.

Frequently Asked Questions for .ANSONS domain names and Brand gTLDs
What are new gTLDs?
A gTLD (generic Top Level Domain) is the set of characters that follows the dot at the end of a website address. A multitude of new domain extensions (new gTLDs), such as .CAMERA, .SPORT, or .WEB, are being released to the Internet as an alternative to established addresses such as .COM or .NET.
Why should I register a domain name under .ANSONS?
You can choose from hundreds of domain extensions suitable for your website's needs to highlight its unique virtual identity. What is more, with .ANSONS extension you can expect your website to turn up in more searches and attract more online traffic.
When will .ANSONS be available?
The terms of each phase depend on the Registry that manages the new gTLDs. In the case of .ANSONS, the specific dates will be released as soon as they are available to the public. Currently, the following information is available:
Sunrise: TBA
Landrush: TBA
General Availability: TBA

Why should I pre-register a .ANSONS domain now?
We will bring you up to date on any developments concerning your pre-registered .ANSONS domain, including pricing and regulations information, once these have been published by the registry responsible for .ANSONS.
What is the cost of pre-registering a .ANSONS domain?
The use of our gTLD pre-registration module is at no cost to you and without any commitment to a future purchase. Please be advised that pre-registration of .ANSONS is not a queue. Although we will try our best, we are unable to provide any kind of guarantee that pre-registration will actually result in the successful registration of your selected domain within .ANSONS.
Are there any limitations on .ANSONS pre-registrations?
No, with EuropeID you are free to pre-register as many ANSONS as you wish free of charge. However, although we will try our best, we cannot provide any kind of guarantee that pre-registration will lead to the successful registration of your chosen domain within .ANSONS.
Are trademarks applicable in .ANSONS domain registration?
If you are a brand holder, it is essential that you register your trademark(s) with the Trademark Clearinghouse (TMCH) before .ANSONS is released. There are two ways to protect your brands at the TMCH: with a Sunrise Service and a Trademark Claims Service. EuropeID further offer a Managed TMCH Submissions service. Managed Trademark Clearinghouse to read more.
Do I have to register a .ANSONS that I pre-registered?
Pre-registration of .ANSONS names with EuropeID is at no cost to you and with no commitment to buy the domain name later on. By expressing your interest in a .ANSONS name and pre-registering it, you can be certain of our assistance in keeping you up to date on any developments concerning .ANSONS.
Why would I want to pre-register .ANSONS with EuropeID?
Founded in 1998, EuropeID is an established domain registrar and an accredited agent of the Trademark Clearinghouse that prides itself on an outstanding performance and a large number of satisfied customers. If you need more information regarding the pre-registration process, please feel free to contact our Support Team at support@europeid.com or by calling on +44 (0) 20 4571 1971.
Can anyone register a domain name under .ANSONS?
The registration requirements may be different for each new extension depending on which category they belong to and which registry is offering them.
How do I host my .ANSONS domain name?
EuropeID' services include hosting and email service for .ANSONS domains. To order hosting, email service and SSL certificates, Hosting or contact our Support Team at support@europeid.com or via phone on +44 (0) 20 4571 1971.
Do I have to configure my DNS?
It is possible for all the .ANSONS domain names to be hosted on your own name servers. If you do not specify any name servers, we will provide DNS for your .ANSONS domains at no additional cost.

It is the perfect domain extension for your website,... 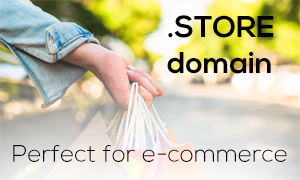 Starting from the end of February it will be... 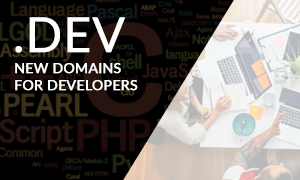 The .STORAGE TLD is an unrestricted, generic domain extension... 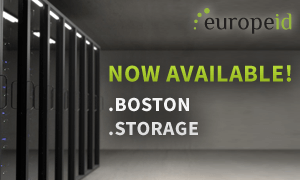 Brand gTLDs, including .ANSONS are reserved for respective brand owners. Therefore it may never be possible to register any domain name within .ANSONS.

You are free to pre-register your desired .ANSONS domain names keeping in mind that it can be impossible to complete the registration of this brand gTLD. 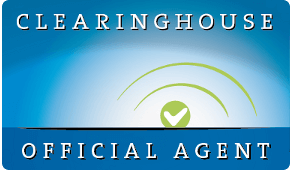 Do you require additional information?

If you need more information about the .ANSONS domain, have additional questions about the Brand gTLDs domains or our pre-registration service, please feel free to contact us at relations@europeid.com or via phone: +44 (0) 20 4571 1971.